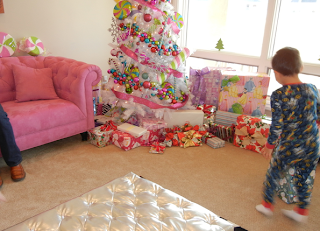 Christmas morning...and my all my sister's beautifully wrapped presents....were so pretty I didn't want to open them! Blakey ready for present opening action
(If you missed my "Holiday House Tour....CLICK HERE) 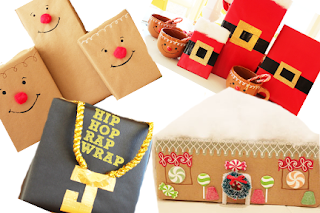 my santa, reindeer and fun present had all been opened....
One problem, was when I was wrapping them to make the "present wrapping video", I forgot to write the names of who a few of them went to...so I made some bad guesses and a couple got opened that were not for that person! ha ha ha 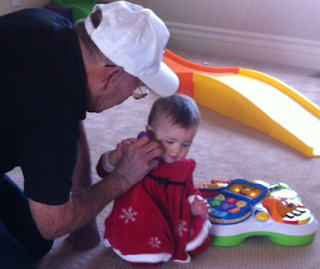 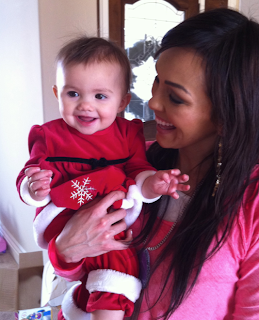 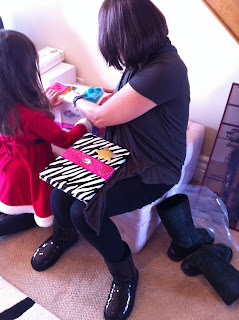 my mom with her pretty zebra present....
She made us a yummy taco lunch for Christmas and coincidentally, as she was serving the taco stuff....Feliz Navidad came on the Holly Jolly Pandora Station! ha ha ha Alani said that's her favorite Christmas song! 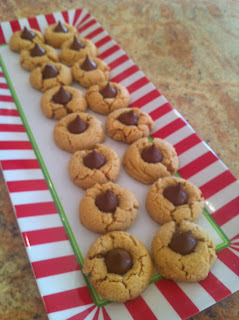 cookies me and my sister made in the afternoon....we took several dance breaks to christmas songs while we baked....we tried to get others to join in, but we had no takers.... 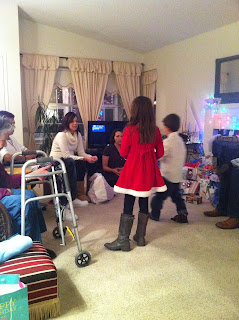 At Gramma's house later....Alani in her Santa Dress...and Blakey in his fancy shirt, he refused to wear the plaid bowtie that came with it (it was cute, it was from the Mini Harajuku line from my fav Target)...he said it made him look like a "girl". Alani had us sing Christmas songs, she handed out little hearts with saying like, "love", "joy", and other things we think of at Christmas. And Blakey gave out tickets to see who would win little bags of candies...to celebrate that God gave us his greatest gift, his son. 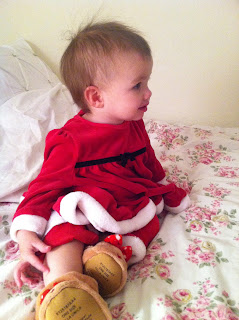 Santa Baby in her new slippers from Gramma. 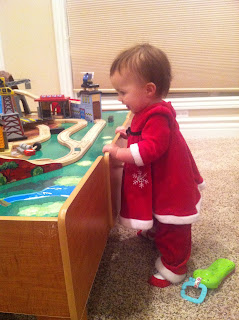 After dinner... everyone was very tired from a long day of fun.....It was  a great "Baby's First Christmas"....and Christmas Day.....It was imperfect, not exactly as we had planned everything...but that's how life is...perfectly imperfect...ha ha ha ha
huge, and Christmas cookies, your kandee