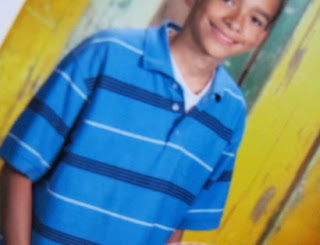 my precious Jordan, who stands taller than me...wrote this paper for school about Heroes, and it made me cry...
I am so proud I wanted to share it with you...like putting it on GIANT refrigerator door! ha ha ha
I could tell you how amazed I am at his writing...but I'll just let you read it.....

What Defines a Hero?
Henry David Thoreau said “Cowards suffer, heroes enjoy.”  At first I thought this was just an interesting saying.  That’s why I chose this quote in the beginning, but then I read it over a few times and realized the power that these words had.  I thought about it and noticed that if you’re a coward then all you feel is the pain of failure. If you act courageously like a hero you get to feel success. Henry was extremely accurate when he said this. It is a very powerful saying that probably inspires people to have more courage. I honestly think that if you’re a coward, then you suffer from failure, and if you’re a hero, then you enjoy your success. That is why I strongly agree with this saying. In this paper, I will explore further into the definition of a hero, and what a hero is to me.
The Merriam Webster’s Dictionary defines a hero as, “a man of distinguished courage, a person admired for their good deeds, an individual with noble qualities.”  All of these definitions are very accurate. I think they’re accurate because all of the heroes I’ve seen, all have distinguished courage, they all have been admired for their good deeds, and all have noble qualities. Most people see movies with “super-heroes” in them and only think that someone is a hero if they can shoot lasers out of their eyes. By the way, that’s how most people choose they’re heroes too. They don’t look at the people in their town, neighborhood, or city for real heroes, they look through the screen of their T.V. for the fake heroes. Most people don’t give the real heroes enough credit for their actions. Like when someone goes out of their way to fix a tire on your car, Or something like that. I think that the real heroes aren’t the people with incredible powers, they’re the ones with incredible hearts.
One example of a hero is Michael Oher from the movie The Blindside. The movie is true story about the real Michael Oher. In the movie and in real, he is a very selfless, polite, kind, and protective person. Those are all great qualities that all heroes should have. An example of his protectiveness is when he was driving his new truck to a store with someone else with him. Michael was in his late twenties at the time and the other person with him was about half his age. They were having fun on their way there. They were singing to a song they liked, but that was distracting Michael while he was driving. When he looked back at the road, there was another truck that had backed into the street. Michael veered to the left, trying to stay out of the way of the truck, but he wasn’t fast enough. They crashed into the other truck, and instinctively, Michael reached his arm out in front of the young boy in the passenger seat to keep him safe. When the Paramedics got there, they said that if Michael didn’t throw his arm in front of the young boy, that the young boy would’ve been killed by the impact of the airbag. One other thing I think is cool about him is that his life was so tough, but he never let that pull him down. He has a great skill in overcoming adversities. For example, he was homeless for a long time while he was a teenager, but he still went to school. He still stayed happy. I’m sure he wasn’t happy about not having a place to stay, but I know it didn’t make him upset about other things. That’s why I also think he is a very inspiring person. I think Michael Oher is a perfect example of what I think a hero is.

In the end, what I’m trying to say is that everyone can be a hero, it’s just if they choose to be or not. You don’t have to be bitten by a radioactive spider and be able to do things that spiders can, to be a hero. You just need to be willing to help others, just because you want to. Not expecting a reward, not just doing it because it’s your job. Only because you want to or feel it’s right to. You can’t be pessimistic about things. You have to always look at the good side of things, and if you don’t see one, look for it. There are good examples everywhere of heroes. Take Michael Oher for example. He injured his arm to protect a child from an airbag. A construction worker saved a man in New York from getting hit by a train or the soldier that dove on top of a grenade and sacrificed his life for the others soldiers around him that would’ve died from the explosion. Also, you can look up people that have rough lives, yet they stay optimistic.
Just like Henry David Thoreau said, “Cowards suffer, heroes enjoy.”