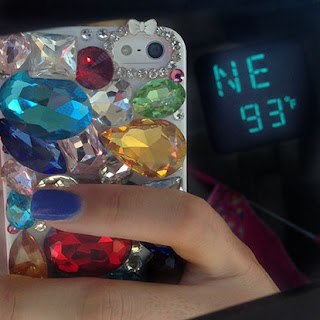 Saturday, as photographed with my iphone, in all it's dazzling-phone-case-glory....yes it was 93 degrees, which jumped to over 97 degrees yesterday.

We were at Blakey's BMX race, where I bought lots of snowcones for everyone to cool off, and lots of Otter Pops (Which my kids were excited about, because I never actually buy Otter Pops at the grocery store because of all the dye in them), but it was hot and we were running out of cooling options! And Blakey had a lot of hot gear on: 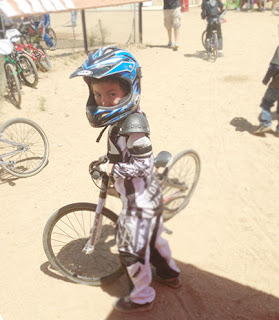 We cheered, or I yelled "Go Blakey! Go!!!" and he crossed the finished line in 1st place and got this fancy medal, because it was an Olympic Race. So instead of the normal trophy, they got Olympic medals like this, an Olympic certificate and Olympic trading cards, which at the end of the race, the pockets of my shorts were stuffed with cards: 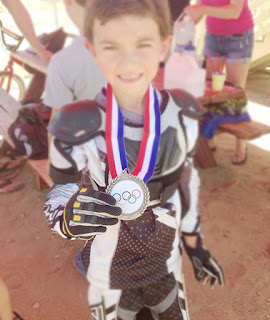 Blakey AKA "Rocket", which is his racing nickname, getting his medal and certificate, reminds me of when Jordan raced BMX years ago too... 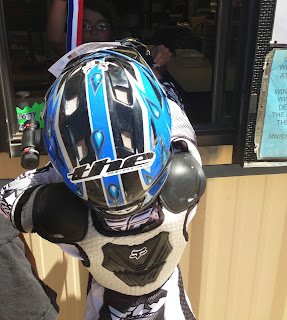 His two little cheerleaders, Alani and Ellie, under the, still-hot-in-the-shade, tent... 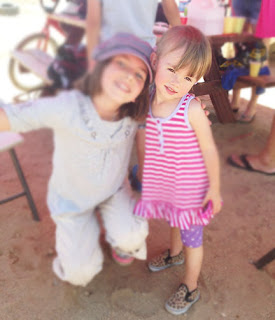 Ellie, after 1 otter pop and 1 snow cone...and shortly before we packed up and headed to the cool air conditioning of the car.... 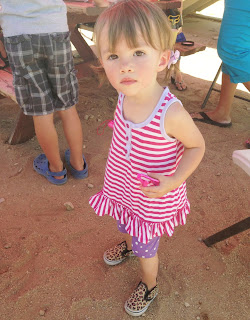