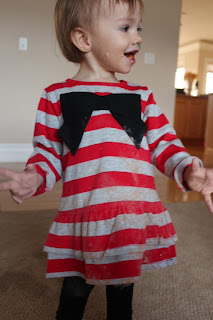 Ellie loves "make" (what she calls make-up)
she love it so much, she tries to find and and all make-up she can get into...
She is good at finding it.
She found some foundation, that I thought she could not get into.
I can hardly get the thing open!
So I thought, "oh I'll let her hold it, she won't be able to open it"...and I'll put my make-up on, while she plays with my lil' "way to hard to open" foundation.
WRONG.
Not only did she open it, but she put it all over herself.
All in a matter of seconds. 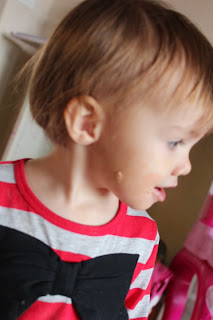 Can you see the big chunk she scraped out on her face.....
and she quickly managed to clean it off her hands on her shirt....ha ha ha ha 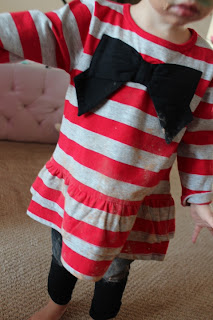 We changed her, washed her face and hands.....and Alani and Blake thought it was hilarious how quickly she "decorated" herself with make-up! ha ha ha ha

CLICKKITY CLAKCKITY ON THIS to see the perhaps, the non-sense I typed on my other blog at 3:32am about Target.
Posted by Kandee Johnson at 3:33 AM