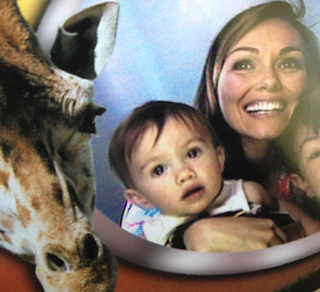 Me, Ellie and our picture with a giraffe...
Yesterday we took my "over-due" sister, to the zoo! ha ha ha
We had her ride in a "scooter" like this: 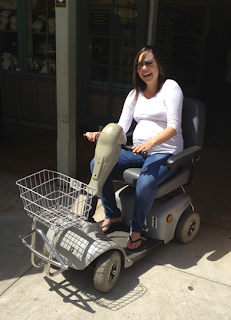 This is her very, pregnant self...lauging after she got her lesson in how to operate her scooter! She could go so fast her hair would blow back! ha ha ha 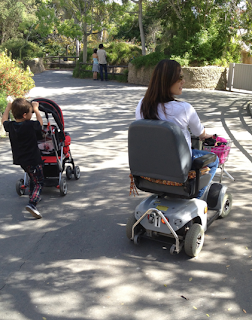 Blaker pushing an empty stroller...while my sister cruises in her "scoot-a-seat"...ha ha ha She'd spin around real fast to turn and I could help but bust up, laughing! 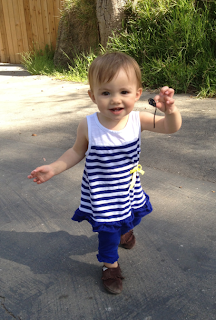 Ellie and a little "treasure" she found- the kids though she caught a worm...but to their disappointment it wasn't. 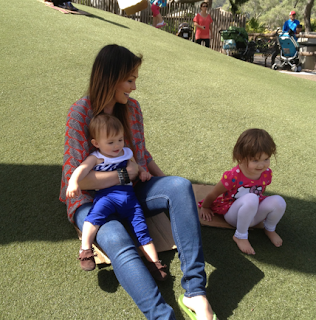 Me and Ellie sliding down the fake grass hill. The zoo puts out cardboard pieces to slide down the hill on. Sydney liked going with me, because we went suuuuuuuper slow. 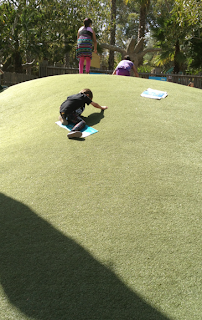 Blakey trying to do tricks and "surf" down the hill. Little boys always do stunts. 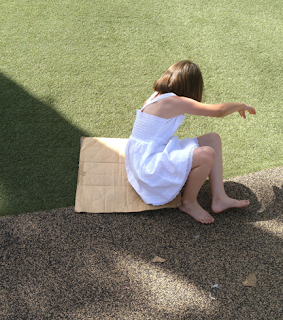 Alani who was a speedracer down the hill! 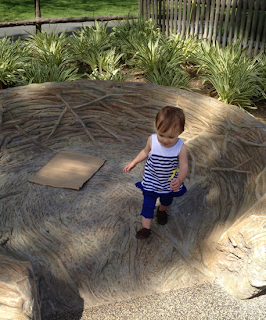 Ellie in the big bird's nest. 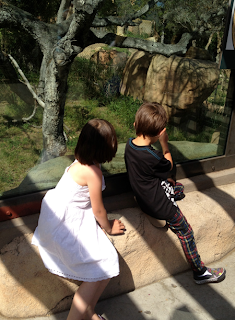 Trying to see some animals... 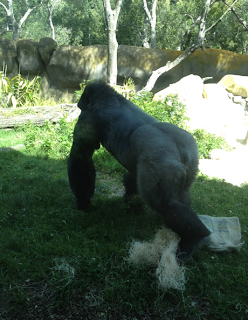 When the big Gorilla walked by carrying his little burlap sack to sit on...Blakey said..."look at his funny buns"...and the whole room started laughing! My lil' funny man! 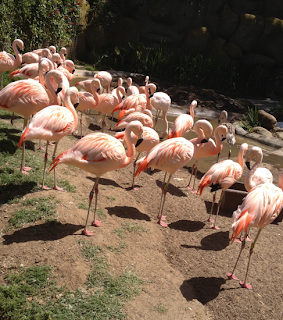 Alani used to say Flamingoes were her favorite...but we realized they smell so bad, we were not sure if they made our favorite list anymore. ha ha ha 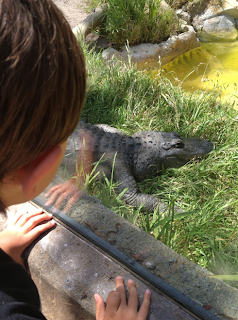 Blakey, safely watching the "reptile" area behind the glass....this was not my favorite part! ha ha ha 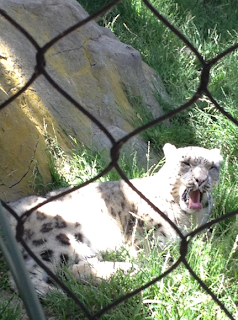 Snow Leopard giving us a yawn. 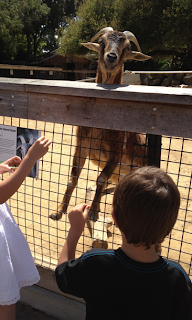 Alani and Blakey fed the goats...the goats would jump up on the rails to get some food! 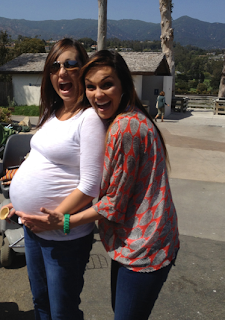 My sister, Tiffany, took a break from her scooting to stand up and help feed the goats...I kept asking, "are you in labor yet?!?"...ha ha ha ha

me and little Ellie...looking at all the cactus.... Look Giraffes!!!
We had a "zoo-per" day (ha ha ha- insert cornball joke! check!)...we ate dippin' dots and rode on the lil train...and for the love of my kids, I went and looked at the snaked with them...ehhhhhh, me no likey the snakes!

We stayed til the zoo closed! Cuz that's how wild we are! ha ha ha
zoo-be-doo-be-doo, kandee