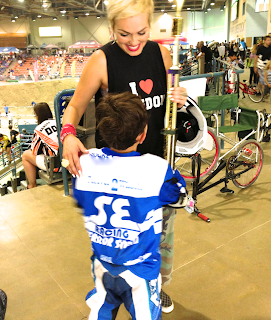 Happy 4 Day week!! To celebrate our Labor Day Weekend we headed to the Black Jack Nationals BMX race for Blakey to race!

On the drive to the races we'd crank the 70's rock songs in honor of my dad: Creedence Clearwater Revival, Cream and all the other songs that remind me of my dad!

In between races, we would go get shaved iced and Blakey would love up the flavors at the "flavor station"! Bubble gum and Tigers Blood were his favs. Mine was: Tiger's Blood, Lime and Mango! 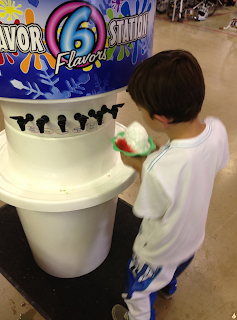 And this was not our typical "green smoothie" breakfast, but I've got a soft spot for Rainbow Sprinkle donuts. 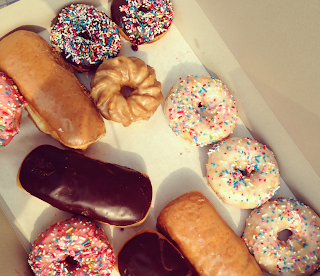 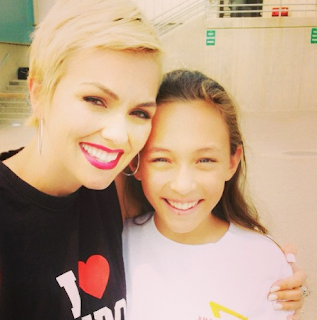 And I got to meet some awesome girls that watch my videos! IT IS THE BEST when I get to give real hugs instead of just virtual ones! Marquita had driven from Oregon for the race for her brothers, on her birthday! Her little brother and Blakey were the same age and rode their bikes and were running around together!


3 Days of racing...I can't remember which day this was. Lots of early mornings and long, dusty days! Ha Ha Ha
That's Blaker on the far right in the blue and white, just dropped from the gate! Some days there were 27 kids in his age group, and they only take 8 to the main race, so there was lots of qualifying races just to get to the main race! 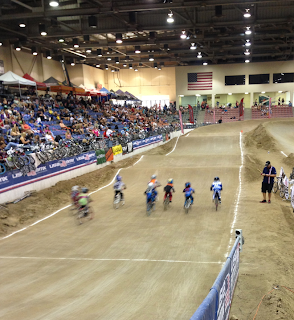 On the last day of the races Blakey requested that we rock out to "Gangnam Style" on the way to his races!
Blakey was so excited, he peddled his little heart out...
and got himself a giant 2nd place trophy! Big brother, Jordan, also got 2nd place when he raced at the same Nationals when he was little! 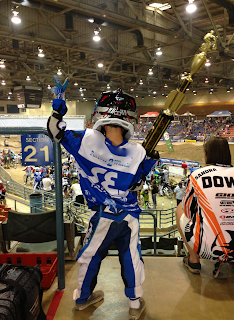 The trophy is almost as tall as him! He asked me to scream louder than anyone else while he was racing....and I did! I was running as fast as I could to cheer/scream: "GOOOOOO! BLAKEY GOOOO!"....
as we were waiting in line to go out to race with all the other racers, other kids are looking all tough and mean, and my Blakey is telling me, "I love you so much mommy!!!"...and he said he was going to win for Grampa Barney...and I told him that Grampa was cheering him on from heaven!!!

I tried to blink away my tears, as I was sending pics of him with his trophy to everyone and wanted to send it to my dad...my dad would've loved this weekend and watching Blakey. Racing things has been in my family for years and my dad would've been the proudest Grampa there! 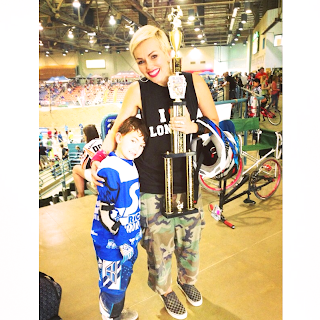 And our Vans our official "race shoes" because you get covered in dirt-dust!
Huge hugs and giant smiles, your virtual bff, Kandee

PS If you missed our last video from my Kandeeland channel, here it is, who do you think won, me or my sister?!