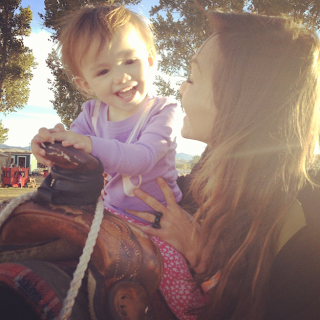 We headed to the Pumpkin Patch at a ranch for some good ol' country fun!
It was so fun, we went back the next day too!
(Top pic: Ellie on a fake horse horse, but with a real saddle! ha ha See Blake climbin' up on ol' Plastic!) 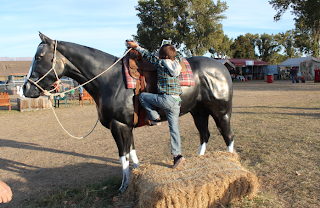 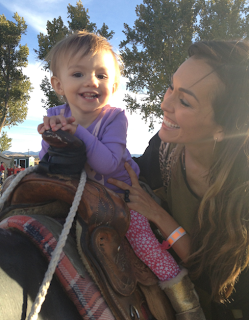 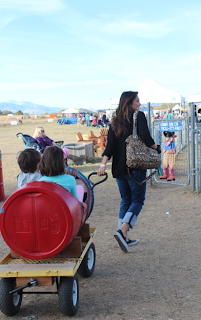 heading to see the animals... 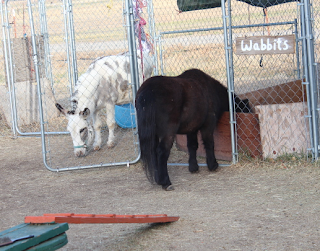 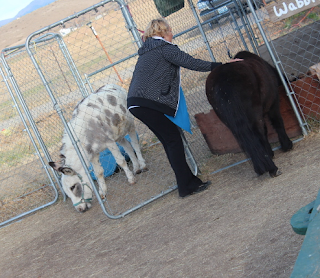 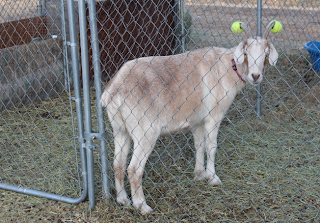 Mr. Goat with his protective "horn covers"- tennis balls.....! Have you ever been chased by a goat! I have....we had goats when I was little! 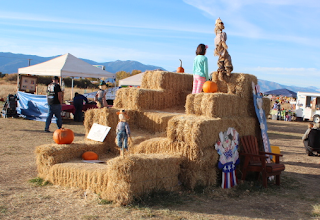 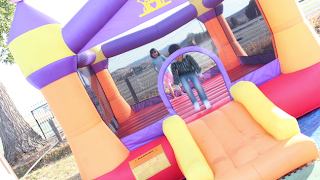 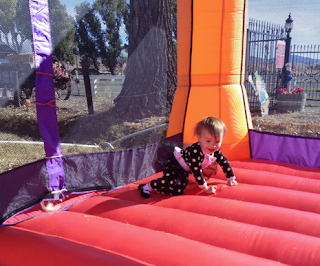 Ellie bouncin' on day 2 of our fun! 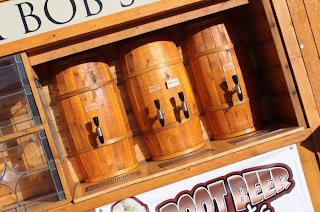 Homemade Root Beer and Vanilla Cream Soda...delish! We even got Vanilla Cream Floats! And I almost swallowed a Yellow Jacket (like a wasp, or maybe they're the same thing, I don't know)...that flew in my cup! I imagine that would have been, not good! 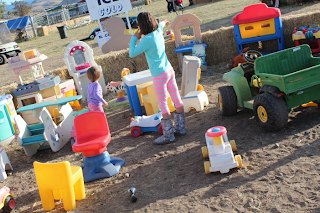 Ellie and Alani in the "toy corral". 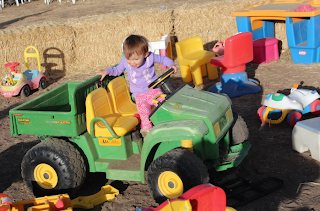 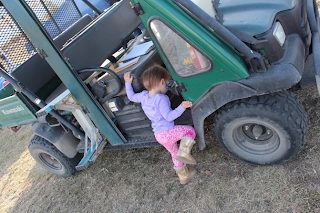 Ellie liked the "real" one! 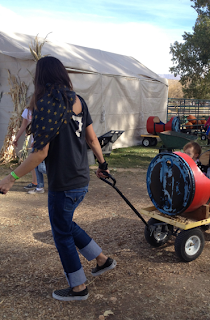 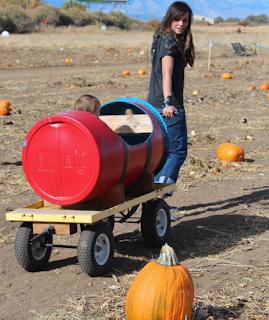 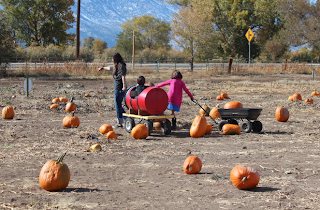 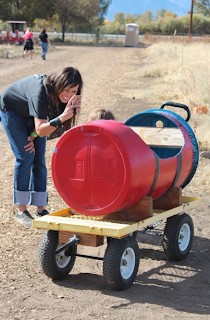 (being the "mama-razzi", taking a phone pic of Ellie) 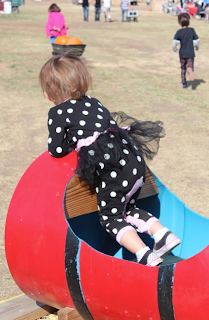 Alani and Blake running off to see if better pumpkins were in the next patch! 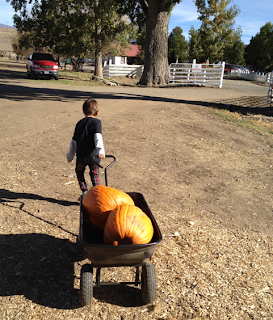 Blake pulling our big pumpkins to the car...best punkin' deal around $4 a pumpkin! 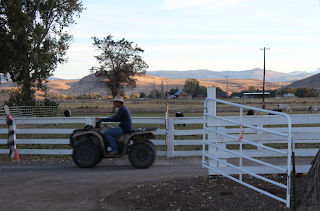 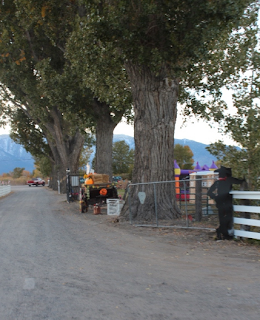